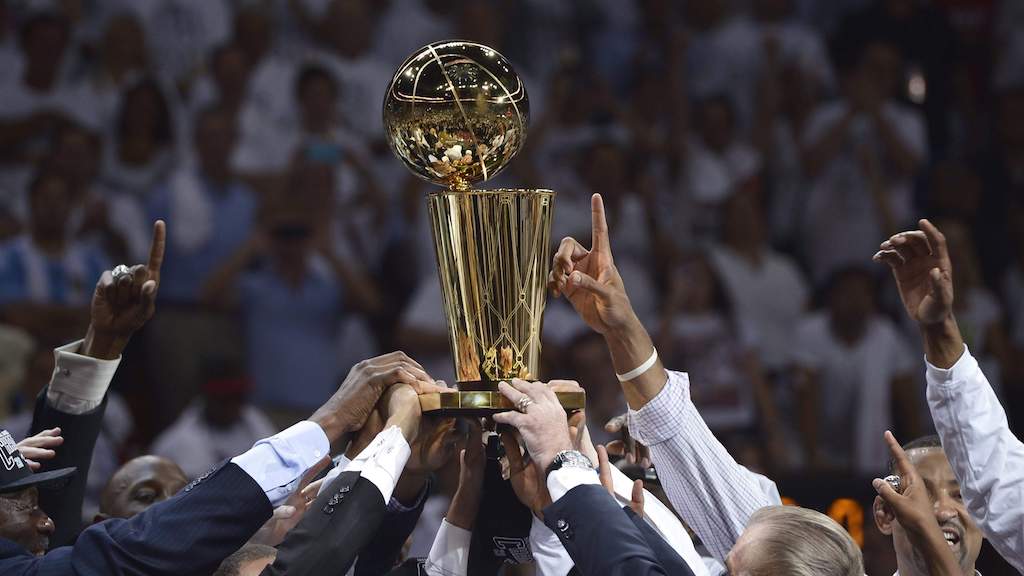 We’re here to bring you an updated NBA Championship preview. As the NBA season continues, title odds start to look more and more enticing for betting.

There are obvious favorites like the Los Angeles Lakers, LA Clippers and Brooklyn Nets that will get plenty of action. There are also some surprise teams worth taking a flier on now for a big payoff later.

Here are a few teams that stand out the most if you are hoping to bet on the next NBA champion.

The defending NBA champions are the odds-on favorites to repeat in 2021. The Lakers sit at 18-6, a half-game out of first place in the Western Conference. There are plenty of reasons why the Lakers are a good bet to go back-to-back.

For one, they lead the NBA in defensive rating while allowing a league-low 104.6 points per game. Their offensive rating is also well within the top 10, making them one of the more balanced teams in the league.

Not to mention, they are an amazing 12-2 on the road, the best in the league when looking at betting NBA moneyline, while also going 11-4 in Western Conference action.

Of course, LeBron James is having an MVP-caliber season while not missing a game for Los Angeles, averaging 25.5. points with just under eight assists and eight rebounds.

Anthony Davis is actually playing a little below where he normally is, averaging just 22.3 points and 8.6 rebounds, while new additions Dennis Schroder and Montrezl Harrell have come up big.

Considering this loaded team has only dropped back-to-back games once all year (in a back-to-back and without Davis for the second game), only injuries can seemingly slow down this loaded Lakers team. They should absolutely be considered for betting.

The 76ers currently possess the top record in the Eastern Conference at 17-7, 1.5 games ahead of the Bucks. Yet, their odds are below Milwaukee’s and well below those of the star-studded Nets. But this Sixers team has a real chance to find itself playing well into June.

Using Net Rating, which estimates a team’s point differential per 100 possessions, the 76ers crack the top five of all teams in the NBA. When handicapping the NBA, these points are one you need to keep an eye on. A big part of that is due to their defense, where only the Lakers and Rockets have a better defensive rating than them.

But another reason that makes Philadelphia an interesting bet is its 15-4 record in the Eastern Conference. It includes a pair of wins against Boston and a recent 16-point victory over Brooklyn in which it held the league’s top offense to 108 points.

Additionally, Joel Embiid is firmly in the MVP conversation, averaging 29.3 points with close to 11 assists. Tobias Harris has also been a strong scorer, putting in 20 points per game. He’s starting alongside Embiid in the frontcourt. No updated NBA Championship preview would be complete without talking 76ers.

They also have do-it-all guard Ben Simmons. He is a constant triple-double threat and a great bench scorer in Shake Milton. Plus, new acquisitions Seth Curry and Danny Green have given Philadelphia the much-needed three-point shooting help it has lacked the last few years.

Past postseason woes may scare off some, but this 76ers team is as good as it has ever been. It now has a battle-tested coach in Doc Rivers to lead it. If there was any time to bet them to win the title, this is it.

Last season’s Western Conference runner-ups, the Denver Nuggets, are in the mix once again. Sitting at 12-10. Denver is tied with Portland for the sixth seed in the West. However, there are a number of reasons why the Nuggets are better than their record indicates.

For starters, Denver owns a top five offense in the NBA, according to offensive rating, while owning a Net Rating just behind Philadelphia. The Nuggets are well within the top 10 in three-point percentage and general field-goal percentage. As well, they are out-rebounding their opponents on a near-nightly basis.

Now, while the Nuggets are only a .500 team in the conference, a big part of that was going 1-4 to start the season. They now have victories over conference leaders Philadelphia and Utah.

There are also few teams who can match Denver’s level of star power. Nikola Jokic is coming off a 50-point game to set a career high. The star center is averaging a personal-best 27.2 points with 11.5 rebounds and close to nine assists.

When considering updated NBA Championship preview, you need to know that Jamal Murray is still itching to get going, averaging 19 points. And Michael Porter Jr. continues to improve despite missing 10 games this season due to COVID-19.

Those three stars, along with role players like Monte Morris and Will Barton, make Denver a very dangerous team.

They may not be the best in the West. However, perhaps the Nuggets are a team who will be aggressive and make a swing for a deal at the trade deadline. They are a team whose time at the top of the league may come sooner than later.