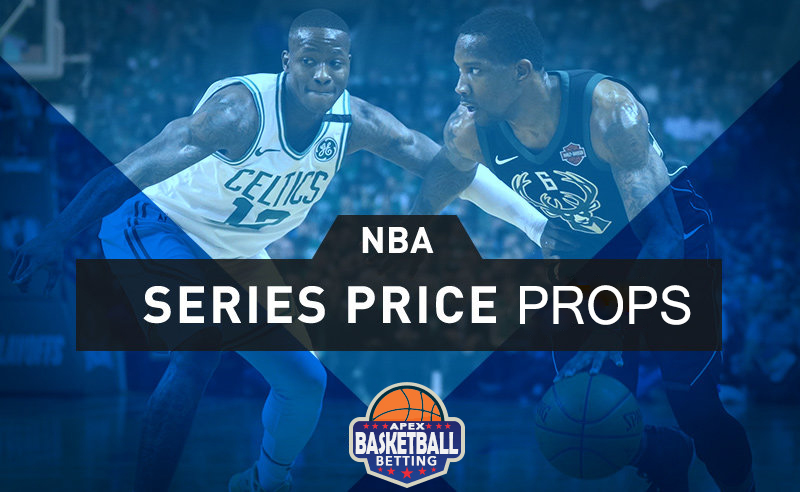 The opening round of the NBA playoffs is starting to heat up and most of the eight series have two games under their belts. As of Tuesday night’s results, the top two seeds in the East are up 2-0 in their best-of- seven tilts after Toronto and Boston each rolled to double digit victories in Game 2.

Out West, Golden State has a 2-0 series lead against San Antonio as the No. 2 seed and Houston is listed as a heavy 10.5-point home favorite to go 2-0 on Milwaukee on Wednesday night as the top seed in that conference.

Where things are getting interesting in both conferences are with the No. 3 seed, Philadelphia in the East and Portland in the West. The 76ers split the first two games at home against the Heat with Game 3 set for Thursday night in Miami. Philly has been listed as a three-point road favorite.

The Trail Blazers find themselves in an unexpected 2-0 hole after losing their first two games at home to New Orleans. The series shifts to the Big Easy for the next two games starting with Thursday night’s Game 3. New Orleans is listed as a three-point home favorite.

The early results in both series add an interesting twist when it comes to betting on the prop bet odds for the eventual outcome.

No. 6 Miami vs. No. 3 Philadelphia Series Price Props

With the series tied 1-1 heading into Game 3, this is now a best-of- five affair with Miami holding home court advantage. The best betting odds on the board for the outcome in this series are +250 that Philadelphia goes on to win this series in six games. They move to +275 that Philly prevails in seven games and the odds are set at +300 that the Sixers win the next three games to win in five.

The best betting odds that Miami wins this series are set at +500 for a 4-2 series win. They jump to +800 for a win in seven games and the longest odds on the board are set at +1400 that the Heat win in six.

Working against Philly in this series is its lack of experience in the postseason. Its top players were in high school or junior high the last time this team made the playoffs to add a bit more pressure to the situation. That was evident in Monday night’s 113-103 loss after winning Game 1 by 27 points.

The difference in this one could be the playing status of Joel Embiid, who has been the Sixers’ top player all season long. He has missed the first two games with a facial injury, but with him expected to be back in the lineup later in this series, I like the Sixers in 6 at +250.

No. 6 New Orleans vs. No. 3 Portland Series Price Props

The Pelicans have been the biggest surprise in the playoffs so far with their 2-0 series lead. New Orleans is listed at +180 odds to pull off a four-game sweep after it opened this series as a +180 underdog to even win this series. The odds that the Pelicans win in six games are set at +225 and they move to +500 for a 4-1 series victory. The odds it takes seven games to advance to the next round are set at +1000.

Portland’s odds to comeback and win this series in seven games are set at +450 and they move to +2000 that the Trail Blazers win four straight to prevail in six games.

I liked the Pelicans’ chances to win this series from the start given each team’s form coming into the playoffs. New Orleans won its last five games both SU and ATS, while Portland stumbled to a SU 1-4 (2-3 ATS) in its final five regular season games.

The Trail Blazers are too good of a team to go down without a fight, but I am going with the +225 odds that New Orleans wins this series in six.

Both the NBA and NHL regular seasons are 82 games in length. While that offers quite a bit of betting action over an extended six months of the year, the real action is just getting underway with the start of each league’s playoffs. NBA Pay per Head