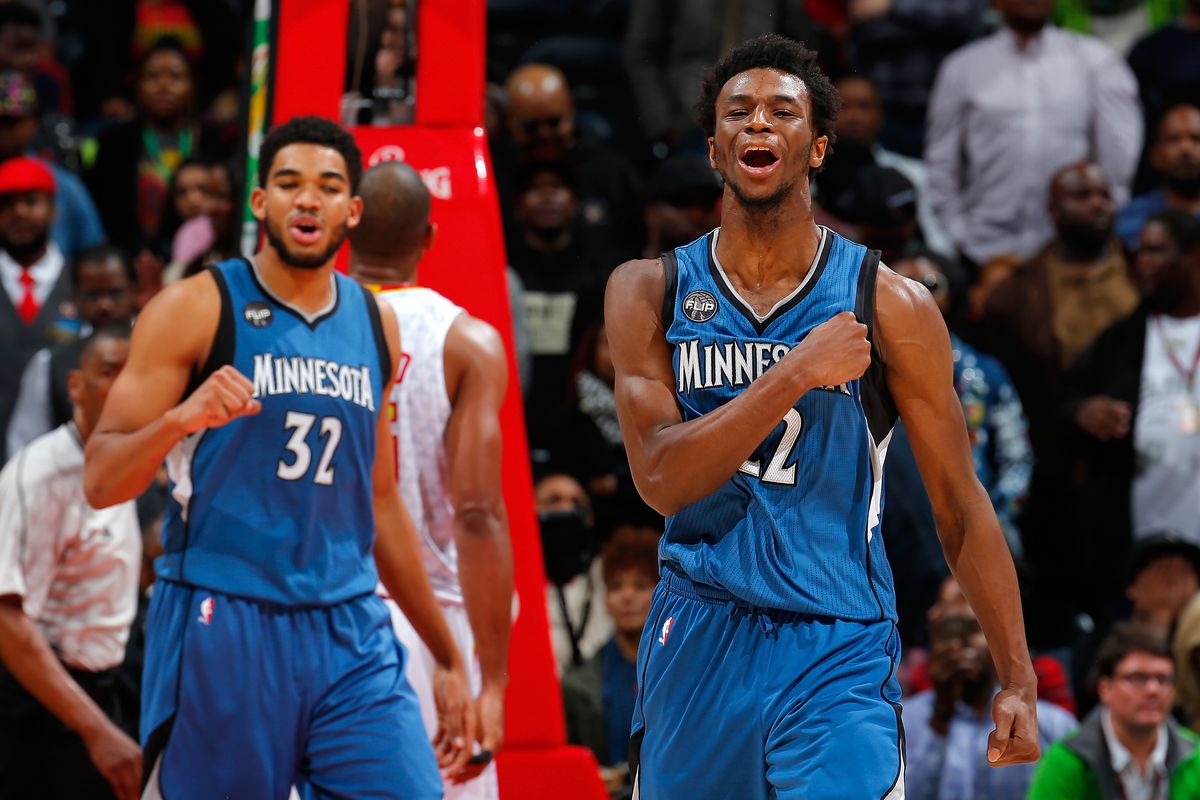 We may be watching the development of Minnesota ahead of schedule.  Armed with some high draft picks, they pick up some veteran players to help the kids grow.  Wiggins and Towns have been throwing down some defense and plenty of scoring.  Let APEX Basketball Betting delve deeper to see how long can the Wolves overachieve before the rookies hit the wall during the long NBA season?

Right to the Hoop

Fearless abandon couple with young muscles has given Wiggins many chances to elevate his team in the late going.  Miami, Chicago, and Atlanta were all wins on the road for this team.  His elevation and point of release help him get the calls and convert the three point plays.  Odd that teams have not caught on to double teaming him at points in the game.  Given the limited nature of offensive firepower, it is the prudent countermeasure against a hot but young scorer.

Here is where the opposition still has to give some pause.  While 37 percent from the dead mans range of medium jumpers is not great, it is world beating against 32 percent in his rookie year.  The coaching staff needs to zero in on this and get continued improvement.  Attrition will not be such an issue if he can continue to pull up for the shot and have it respected.  Open lanes is his friend and greatly reduces wear and tear on his body.

Even his utter lack of three point shooting is not death for the team if they get a sharp shooter perched on the same wig as him.  This is just Wiggins and we will look at Towns next time.  Two in tandem will not only feed off each other but provide enough potency to confound teams during the regular season.  Minnesota is still a buy for games until Christmas arrives. Good fortune in your basketball wagering and we will talk next time here at APEX Basketball.