Guide to Betting on the 2019 NBA Playoffs 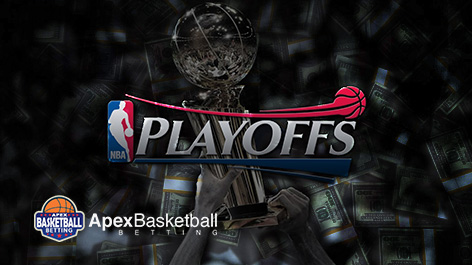 A lot of NBA fans say the basketball season doesn’t even start until we’re in the playoffs, as that’s when the games count and you get the best effort out of the players.

One tip I have if you’re going to bet on NBA series is to wait if you like a big favorite. The big favorites are priced crazily in the series betting market before a series starts, but if the team loses a game or two at home to open the series you can get a way better price.

Bookmakers will adjust the series winner odds after every game and this futures bet will be available until the series is over, meaning you don’t need to always bet immediately.

Like in other sports, such as the NHL, when the playoffs come around in the NBA there’s often value targeting underdogs that aren’t getting any love from the public. There are lots of bettors that simply bet on name recognition, but that won’t work ATS.

Take last year’s NBA playoffs for example. Golden State and Cleveland played in the finals, but they went a combined 21-22 ATS in the playoffs. The two best teams ATS last season were the Pacers (6-1 ATS) and Pelicans (7-2 ATS). It’s often best to take the points.

Choosing the Best Pay Per Head Software for Basketball

The over is often overvalued in the playoffs too. Teams tighten up on defense for the full 48 minutes in the playoffs. Two of the most potent offenses (GSW and Houston) only hit the over 13 times in 38 playoff games last year. If you simply bet the under in every game the Warriors and Rockets played you would have made a killing in the playoffs last year.

With all of the NBA playoff games being televised, it’s the perfect time to bet in-play. If you’ve never bet live as a game was being played it couldn’t be more exciting. In the NBA there are a lot of swings too, which presents lots of live betting opportunities.

I’ll leave you with my best bet to win the 2019 NBA Championship.

Golden State (-220) are odds-on favorites to win another ring, but there’s no value betting on them at these odds. Can Houston or Denver advance out of the West? If both teams stay healthy there’s a chance, but the Warriors are going to be even stronger than last year now that they have a healthy DeMarcus Cousins in the starting line-up.

I’m going with a team in the East, as hopefully the Warriors have a tough time navigating through the West, which could give one of the top teams in the East a fighting chance.

My bet is on the Toronto Raptors (+1000). The Raptors are playing great basketball right now and Kawhi Leonard is having a career year statistically. Leonard should be rested, as his load was limited this season and the Raptors have a lot of depth behind him.

Toronto and Milwaukee are the only two teams in the NBA to rank in the top 5 in offensive and defensive efficiency this season. The Bucks are going to be a tough out in the East, but the Raptors can beat them in a series if the three-ball is hitting.