Can Sacramento strike Golden State on back to back 11/28 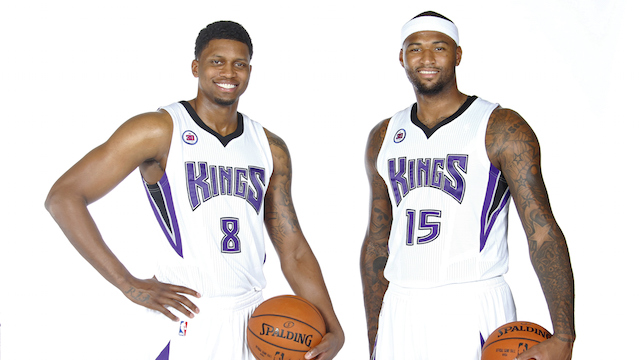 At least Phoenix tenderized the Warriors for the second game of a back to back for them.  Golden State put up 135 against the Suns on Friday Night.  So the theory of outrunning this team seems antiquated now.  How does one derail perfection?  Well thank goodness the sports investors has a nice juicy +15 on the Kings tonight.  Can George Karl’s crew hang around enough to cover the fifteen points as the road dog in this one?

All Those Three Pointers

How hard did it rain down on the Suns last night?  22 for 38 from the three point line disguised something that could be troubling in this one.   Twenty four turnovers were a season high for Golden State.  Part of it can be attributed to the increased amount of possessions but in reality the Suns play little defense.  On the back end of such a performance, the legs have to be a little tired.  Look for the three point percentage to dip in this one but the turnovers to remain near the same.

This is why the line is up near fifteen for this one.  Cousins missed a second game with a back injury and Karl might wave the white flag.  In or out, this Kings’ team has little chance of winning here on the road so why not keep him out!  It makes sense and forces the Kings to go a lot smaller with Rudy Gay getting time at the four.  At least if the Warriors try to exploit and use Bogut, it will slow the game down.

Cousins as the leader is the key here.  Since his scream fest at George Karl, the team responded with an above .500 stretch.  Normally, a team might take this game off but the Kings saw the almost humiliating state that the Suns were in.  No team wants to be buried like that.  With the Warriors tired and just looking to keep perfection, it will be a yeoman effort tonight.  The +15 could be straight up or the result of a back door.  It matters not because the Kings +15 is your cash free pick to plunder of the night.  Good fortune at APEX Basketball Betting and we will see you next time to see how our pair of free picks treated you this weekend.