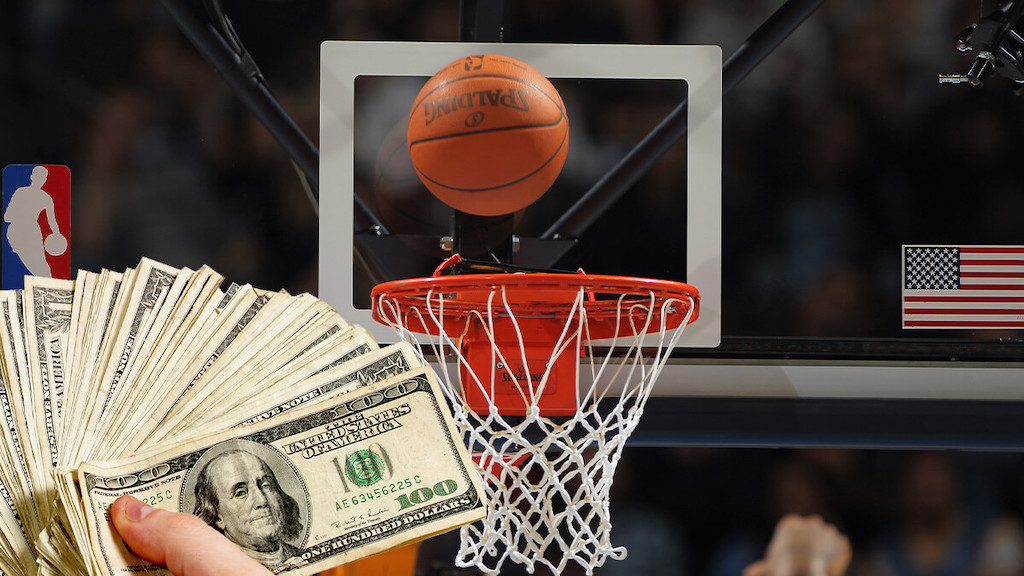 – Basketball bettors would be wise to bet early when lines are released.

– Always check the schedule and injury reports before placing a basketball bet.

Basketball has been one of the more popular sports to bet on over the past several. Bettors continue to earn big profits on both college basketball and NBA games.

The college game is a bit different than the pro game, but bettors can take advantage of a few strategies to improve their winning percentages and, ultimately, their bottom line profits.

If you are looking to improve, here are some simple basketball betting strategies for winners.

NBA markets will typically open around 8 to 9 a.m. ET. If there are any inefficiencies in the markets, they are going to be found when they open. NBA oddsmakers and bettors alike will gain more information as the day goes on and tip-off time gets closer.

Betting early allows bettors to capitalize on any mistakes made on the initial lines that are released. A number of factors can influence line changes and the injury list is a big one. Lines will adjust with the announcement that a player or players will not play. The lines become more accurate and are harder to beat as tip-off approaches.

There are times when waiting and betting later is the right move, but consistently betting early and beating the closing line is one of the biggest indicators of a winning long-term bettor. Simply getting in on a favorite at -1 compared to -3 later can translate into more wins and higher winnings.

NEED MORE?!? HOW TO BET ON BASKETBALL

Injury reports are available all day long in the NBA. College teams do not have to publish an injury report, so searching for injury information for college games can be difficult. It’s much easier at the NBA level, where teams are required to update their injury information throughout the course of every game day.

When teams are missing key players, they tend to play differently.There are also occasions in the NBA where teams will rest starters, especially when a team plays on back-to-back nights. Whatever the reasoning, bettors need to look at an injury report prior to placing a wager. No one wants to place what they think is a great bet only to find out a team’s best player – or players – isn’t playing.

The college basketball schedule is a little easier to navigate during the regular season. Teams usually only play twice a week and have at least one day between games. In the NBA, it’s much different as teams play an 82-game schedule.

In a typical NBA season, a team will play on consecutive nights somewhere between 11 and 14 times. One of the league’s scheduling ideas over the last few years is to play the same opponent in two consecutive games in the same arena.

Bettors can find an advantage in this NBA scheduling situation. The team that lost the first game of one of these consecutive games came back to go 38-19-2 ATS in the last 59 such games. That’s an ATS winning percentage of 67 percent and makes it a situation worth searching for.

One of the biggest factors that influences basketball game totals is pace. Teams that tend to play faster usually score more. In a recent NBA season, a team ranked No. 18 in offensive rating. They weren’t very efficient, but they scored the third-most points in the league that season. The reason was they played at the NBA’s fastest pace.

It’s also worth looking at shooting percentages, especially from three-point range. Teams that shoot well from behind the arc and play at a faster pace will usually score more. Of course, you have to compare all of these numbers with a given total, but the key indicators in betting totals are pace, possessions per game, and shooting percentages. Those betting basketball totals would be wise to do their research.

Live betting is all the rage now and basketball bettors can take advantage of in-game betting.

It helps to have a strategy for your live bets.

First and foremost, always watch a game in which you are placing live bets. You get a better feel for what is happening, momentum changes, hot or cold shooting, etc.

It is best to bet during a stoppage of play. It could be a timeout or maybe there is a commercial break or even an injury on the court. Wait for these instances to check odds and bet.

There are plenty more basketball betting strategies one can use to win more of their bets. But these are enough to get any bettor started on the right track.